Montesa this legendary model, the Impala was born in 1962 in response to growing push Bultaco. Created by Leopoldo Mila, he was awarded a Gold Award Delta Design. Its name derives from "Operation Impala", which a year earlier, three adventurers, Tey Elizalde, Regas and Henry Oriol Vernis three prototypes of this model, the Baobab, La Perla and La Lucharnierga, crossed Africa from South to North testing the reliability of the bike for 40,000 Km.

The Impala was born in 1962 as TOURISM 175 cc but later other models like the command, the SPORT 175 was modified popping colors are also modified, some were blue and KENYA called, others were manufactured in version for USA as RED DEVIL one Impala Sport 250 among many other models as the sector crisis took its toll on the world of the motorcycle 70, Montesa decided to relaunch the Impala pulling the new IMPALA 2 release in 1981 until 1989 when he stopped making becoming a motorcycle to remember. 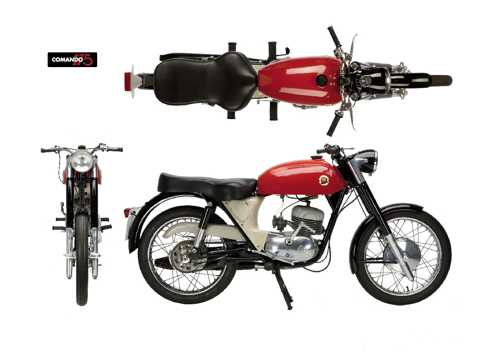